Congrats to comments number 2, Allenaim Photography and Design! YOU WIN the Shabby Apple Necklace! I have emailed you with the information that I need. =)
Posted by Shannon at 12:11 PM 51 comments

I always see the great products from Shabby Apple around the web. They have such beautiful vintage clothing pieces. When I was a classroom teacher, I always wore jewelry. I wish I had discovered Shabby Apple’s jewelry sooner!

Today, I’m excited to be able to offer one of their great vintage jewelry pieces, Key to Wonderland, to you! 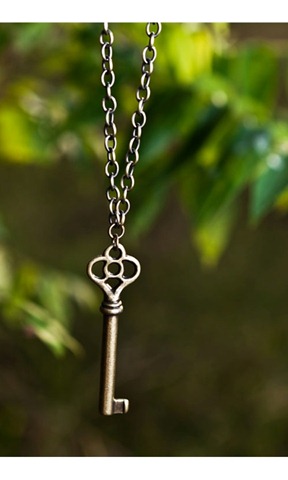 There are so many beautiful vintage dresses, pieces of jewelry, and skirts at www.shabbyapple.com that was very difficult to choose. Now that we have a girl in the house, I can’t wait to shop in the baby and kids section of their site as well!

There are three ways to enter to win this amazing necklace. You can do one, two, or all three.

2) Become one of my followers and let me know. (Or just let me know if you already are one!)

On November 14th, I will randomly select the winner. Please make sure that you are not a “no reply” commenter so that I can reach you!!

For the next 30 days, you can also use the code quarryorchard10off to get 10% off your order!

*We are finally starting to get into a routine where we feel human once again. Linden was 3 weeks as of yesterday and still sleeps like a champ! While I’m on maternity leave, I plan to get caught up on posting about projects that have been brewing here for the past several months.

On Wednesday, October 12th, after a morning trip to the specialist, a scary amniocenteses that wasn’t as bad as I expected, and a few hours of waiting in the hospital, Linden Marie was born at 3:13 in the afternoon at 35 weeks and 6 days.

Weighing in at 5 pounds 12 ounces at birth, she’s so little, but not as teeny as I actually anticipated! 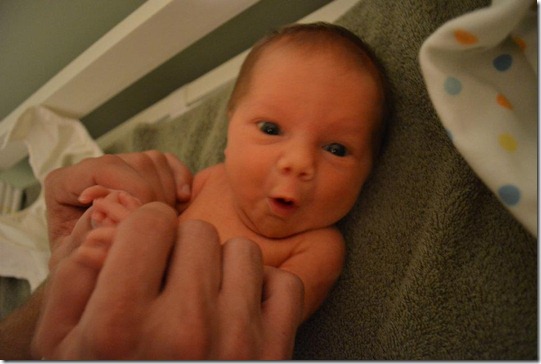 After a whirlwind of a day of sitting around while waiting for lung maturity test results, we got the call at 2pm. The specialist called my cell phone just after I sent Dustin down to the cafeteria for some lunch. I had been fasting since midnight but Dustin “gets the shakes” if he waits too long to eat. As I hung up with the specialist, the nurse came in to tell me the results were mature and that my ob had called to report that we’d have a csection at 3. (do you remember that I said it was 2?). I called Dustin to tell him to hurry and to call his mom. Moms and others had been on standby at home all day. We were fairly certain that we would be having a baby that day, but it wasn’t 100% until that phone call with the results.

I had been getting prepped for surgery most of that afternoon, so at 2:45, we headed back.

W cannot say enough wonderful things about our doctor. We love, love, love her. (She actually had a baby boy one week after delivering our little bundle to us!) We didn’t know we were having a girl until birth. A few weeks ago, our dr asked us about names. I joked that we had some but a lot of Dustin’s were getting deleted. (no offence if you love the name…) but I didn’t see myself having a baby named Walter. I said that if I gave birth to an 80 year old, we’d call him Walter. As she was delivering, our doctor announced Linden’s gender by saying, “this baby is going to be so mad if you NAME HER WALTER!!!”. It was funny and perfect

. She had actually only found out we were having a girl that morning. There was only one ultrasound girl who knew, and she lied the whole time and said she didn’t.

We found out the next day that she knew and had actually bought us some girl clothes a long time ago. (Not only is our doctor great, but everyone in her office is as well!)

We are finally getting a bit of a routine down. And by a routine, I mean that we’re able to start functioning once more. I’m complete off pain meds and am finally learning when to sleep. Dustin has been fantastic and gets up with us 99% of the time for feedings. He changes her and helps wake her up and passes her off to me. I’m off work until December and Dustin just works one more day for this season. In December, I just work VERY part time. This week, my brother, sister in law and nephew are in from LA visiting. So, we have a bit more of a houseful this week, but they’re holding their own with meals and laundry

Who know how many cloth diapers a newborn went through in a day!!

More pics to come! We have a few…

Coming soon when I get a breather... How not to prep your house for a baby. That's the approach we seem to be taking :)
Posted by Shannon at 4:29 PM 48 comments

I have a great giveaway from UPrinting! 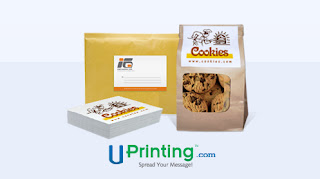 One winner will receive:

Restriction: Limited to US residents 18 years old and above only.

These Personalized Stickers can be used for anything! Address labels, fun stickers to use for Christmas cards, anything! By hosting this giveaway, I receive one set of 250 as well. I am using mine as labels for the wooden toys that my mom and her hubby are making to sell at a new local artisans and farmers market (more on that SOON!).


If you aren't sure where to start, they have great Product templates!

In addition to the stickers, UPrinting offers many different Printing Services as well!

Now, in order to win, just comment on this posting what you will do with these if you win!
A winner will be selected at noon on September 15th.

This giveaway is sponsored by UPrinting, no monetary compensation was given and I will receive stickers for hosting.